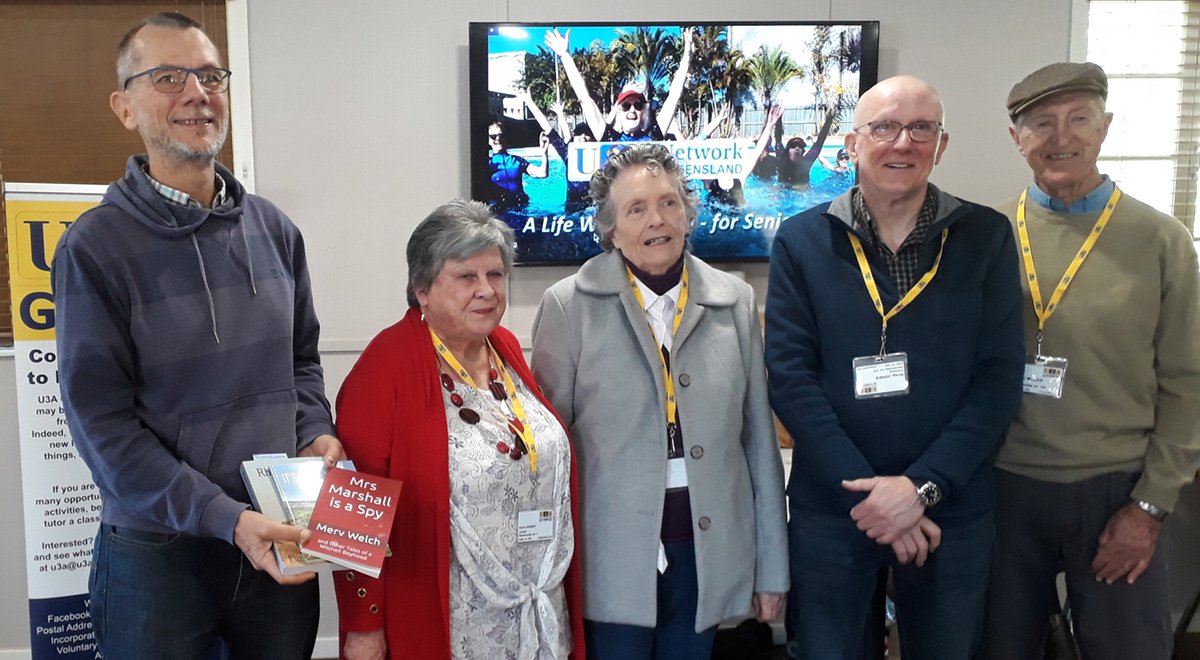 Authors who are members of U3A Gympie, Carol Nugent, Betty Rimmington and Merv Welch, added their literary presence to the Gympie Regional Library by way of donations of their published books.

At the U3A Gympie morning tea in June, the books were presented to Councillor Dan Stewart of Gympie Regional Council, as inclusions in the Gympie Regional Library. In company with Greg Jones, President of U3A Gympie, the authors thanked U3A and their tutors for the encouragement and assistance they provided in bringing these works to life.

Titles of the books donated: Elizabeth Rimmington – ‘Rhylla’s Secret’ (third novel), Carol Nugent – ‘It’s Not a Drain’ (collection of poems) and Merv Welch – ‘Mrs Marshall is a Spy and other tales of a Mitchell boyhood’ (his first memoir). Merv’s second memoir is soon to be published.

Congratulations Carol, Betty and Merv. Having your works published and donating copies to your town library is a great achievement. Encouraging creativity and growing talent are all benefits of belonging to U3A.