Stereotyping, discrimination, and mistreatment based solely on a person’s age – known as Ageism – can have devastating effects, even leading to the denial of medical treatment in aged people, which is an outrage to their humanity. One organisation, ‘EveryAGE Counts’, is leading the fight against ageism and has adopted as its battle cry, “Can Australia really get rid of ageism? Yes, we can!”

To this end, EveryAGE Counts conducted a webinar recently to launch ‘Ageism Awareness Day’ to discuss how to make ageism a thing of the past. 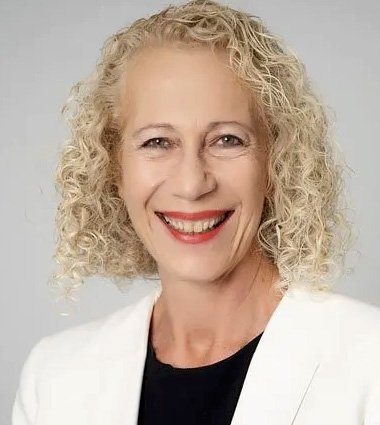 Dr Marlene Krasovitsky, Director and Co-Chair of EveryAGE Counts, and moderator for the webinar, said that ageism affects older people in many ways, primarily in fewer job prospects, being stereotyped as old, and in a higher incidence of mental health issues. Collectively, this reduces the quality of life of older Australians and denies their rightful place in society.

EveryAGE Counts proposes a better alternative – an Australia without ageism – in which older people would be valued equally with younger people, not be discriminated against for employment, and  able to achieve other life goals based on their abilities rather than suffer perceived stereotypes of what people of older age can and can’t do.

Importantly in this new-age, knowledge would be shared – younger to older and older to younger; older people’s voices would be heard and they would not be patronized as they are now. No one is asking for special treatment, just equal treatment.

“This year we turn our attention and our energies to ending ageism, so our theme this year is simply that, ‘Ageism, End it’.”

As first speaker, Ita Buttrose said, “the onus really is on us, those of us who are getting older. We need to wear our age wIth pride and not hide the fact. 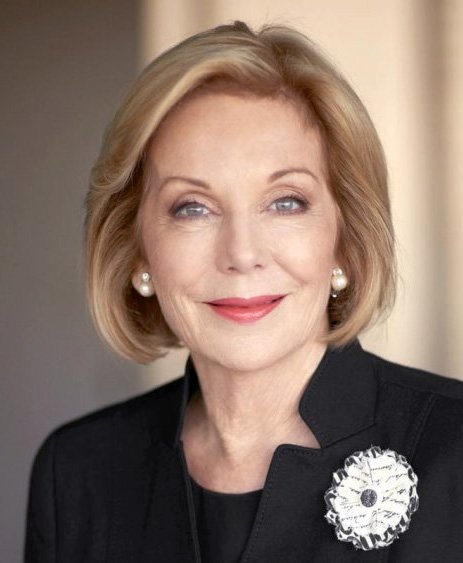 proud that I’m still working and I find questions about ‘when am I going to retire’ to be quite offensive.

“People need to take their ‘blinkers’ off and look around to see how active older people are in work, in physical activities and in the community, even looking after active and demanding grandchildren.

“Grandparents are the biggest provider to childcare to working parents in Australia. Take that out of the equation and working parents would not be able to go to work at all.

“My argument is, if grandparents are okay to care for children, then we are good enough to get a job, if we want to get a job.

“I think we need to be bolder, bolder about being older, and every time we experience some sort of nonsense about being old we need to fight back. Fifteen per cent of the population in Australia is over sixty-five so we are quite a powerful cohort of people.

“We should fight back about terms like ‘old fogie’, old whatever; we shouldn’t accept it, we shouldn’t be courteous, we shoudn’t be rude about it either, but we should be more forceful that it’s not acceptable.

Ita said that older people should not be regarded as onlookers in life but rather as participants in life and be included. “We want our wisdom and experience, in the workspace, our professional networks and institutional knowledge, to be recognised and appreciated. We have so much to contribute. 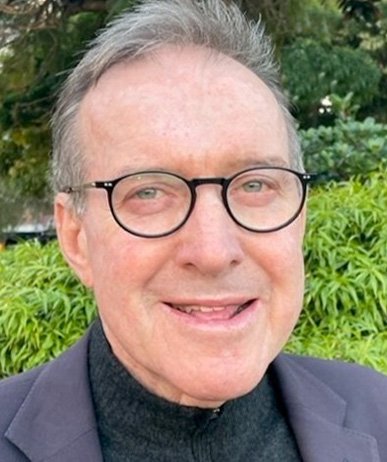 The second speaker, Robert Tickner said that while the focus is on the human rights of older Australians there was a firm commitment to intergenerational solidarity of all age groups. “This is not just about us, there’s a general principle involved as well,” he said.

“The point about the violation of rights in healthcare is just one of the stark examples of what has become discrimination and mistreatment of older people, and the Royal Commission into Aged Care certainly brought that home to us. Ageism underpins so much of this mistreatment.

“Age discrimination starting at age 50 is pernicious in the Australian employment scene, to the extent that thirty per cent of employers won’t employ anyone over fifty years of age. So talking about ageism isn’t something woke, trendy or superficial, it is a fundamental conversation about human rights.”

The third speaker, Colin Maddocks, has significant experience in the effects of ageism, through his management roles within the University of the Third Age movement that has 35 autonomous member associations throughout Queensland with 23,000 members.

Colin cited instances of ageism in practice, including a friend experiencing a condescending act from his GP who put his hand on the friend’s shoulder saying, “and how are you feeling young fellow.” Colin said that his friend’s reaction was “I felt old all of a sudden, whatever old feels like.” 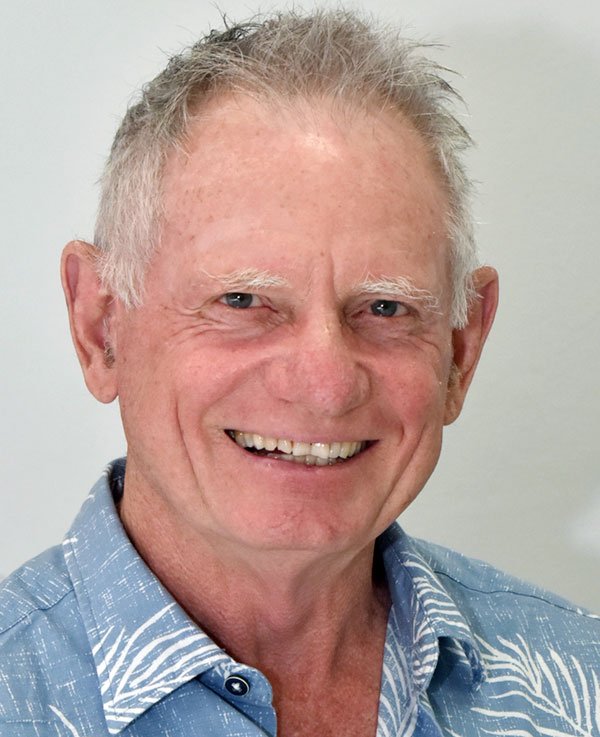 “Ageism has to be addressed,” Colin said. “We are a very rich cohort in the life cycle, we have a lot to contribute and there is nowhere near enough recognition of the contributions we make. The EveryAGE Counts advocates are going to work toward an Australia that just does not tolerate ageism, just as we now don’t tolerate racism and sexism.”

Marlene Krasovitsky posed the question, “what can we do individually and collectively to end ageism?”

Ita suggested using the Media – online, print and electronic – to raise awareness and cited the example Sir Rupert Murdoch to continues to work into his nineties in charge of a massive media organisation.

Also suggested was a campaign to redesign urban centres to suit older people that historically been all about their use by younger people. “If we changed it and designed our living spaces for when everyone gets older, younger people wouldn’t be impacted and older people could continue to live the same way they have always lived,” Ita said.

The need to involve older people in solutions rather than having to tolerate the problems of poor urban design is seen as important remedial action. Ita said, “I’m a patron of Dementia Australia and we say we don’t do anything without input from people with dementia. Older people always have to be involved in decision-making to get it right, that’s how you get a better result.”

Commenting on the confidence of the late Queen Elizabeth and Duke of Edinburgh as “the best example of older people being active and still working, in the world,” Ita said that they both lived to grand ages. “Obviously, working, contributing, having your wisdom respected is very good for you as you get older. We need to look for these examples all around us and emulate them and praise them.”

Marlene Krasovitsky asked Robert Tickner about whether a government campaign would have a major impact on ending ageism and protecting the human rights of older people.

Robert cited the work of the late Susan Ryan, the former Age Discrimination Commissioner, and her work in this field, including her 2016 report ‘Willing to Work’. “One of her recommendations was for an extensive public campaign to tackle this pervasive presence of ageism, and it’s terrific to hear that there is such a high level of public support for such a campaign.

Robert said there are an increasing number of local government agencies around Australia that want to get involved in the anti-ageism campaign, and he suggests involving those Councils in helping to end ageism.

He reflected on the almost revolutionary outcome of campaigns over many years in support of the representation of women in society and government.

“There have been extraordinary changes that have happened in relation to the roles of women and the human rights of women in recent decades. “Back in the 1960s you couldn’t work in the Commonwealth Public Service if you were a married woman, for goodness sake. It’s only been since 1980 that we have had a continuous presence of women in the House of Representatives in the Parliament of Australia.

“So, if we have been able to make such extraordinary gains in the rights of women in our society in that time we ought to be able to make world-leading changes in the way we treat older Australians and the whole process of growing old.

“What a magnificent contribution it would be if our movement could unlock a huge increase in the opportunities for older Australians to participate in our community, economically, politically, socially.

“That would be a revolution too. We should do it.”

Colin Maddocks, as an active member of his Sunshine Coast community, said that “we need to remind ourselves that it is behaviour and language that is intrinsic to this culture of ageism, so it’s quite a challenge but it’s a challenge we are up for.

“It starts with us, and sometimes we are our own worst enemy. What do we say and how do we say it? If we say to others that ‘we need a Nanny nap this afternoon’ then we are already underlying some of these stereotypes that we are trying to overcome so we need first to challenge our own behaviours, our own language, and how we may be impacting ourselves and our own cohort in a negative way.

Colin said the adage, ‘what you walk past you condone’ is also important. “If we see behaviour that is discriminatory, that is patronising, that is demeaning, then let’s speak up. Let’s call out such behaviour and language just as we would call out sexism or racism.”

In answer to a question from a participant online regarding Workcover Australia assessing 55-plus workers assessed as increased risk, Robert Tickner suggested a ‘carrot and stick’ approach whereby employers are encouraged to treat older Australians equally but also to remind company board members, CEOs and other employers that age discrimination laws are to be kept in mind. “If you breach those laws and become subject to a class action then there is huge potential for adverse publicity that is really bad for business, and there may be substantial compensation being payable as well,” he said.

Ita Buttrose continued the point that the economic advantages of marketing to older people are substantial. “The money that the older population has that advertising fails to capture because it doesn’t address this population properly is astonishing, and they need to take their blinkers off and look at what we are all doing.”

To a question about not qualifying for a home loan because of age, Ita recounted a conversation with her accountant that her age may rule her out for a bridging loan.

Robert Tickner agreed that older people tend to be too polite and reminded the audience that sometimes we have to take a stand. “Why on earth should judgements be made about a person’s age in relation to a loan. The question surely is the bank’s security and the capacity of the person to repay the loan. It’s an outrage.

“All these human rights advances we have achieved in this country weren’t achieved by respectful letters to politicians; people did have to take a stand. Actions taken by women over the past hundred years to advance women’s rights were at times heroic: women, Australian women, literally chaining themselves to the House of Commons in London in support of the right of women to vote in Britain, that kind of amazing international solidarity around those issues.”

In closing, Marlene Krasovitsky encouraged all those attending the webinar to join the ‘EveryAGE Counts’ movement against ageism and add their voices to the campaign to “Make Ageism a Thing of the Past.”

The webinar may be viewed at everyagecounts.org.au/ageism_awareness_day_2022