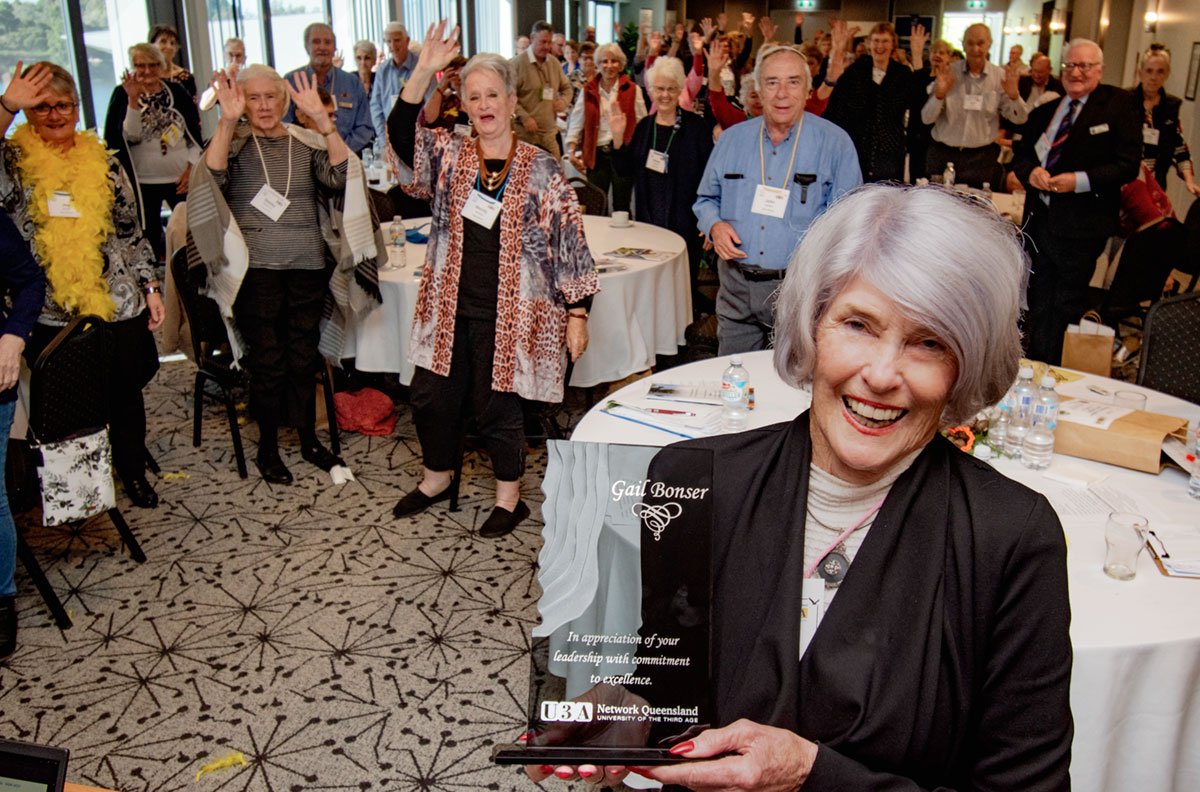 After four years of exemplary service to U3A as the Network President, Gail Bonser was farewelled in style at the Annual General Meeting held in conjunction with the Network’s State Conference hosted by U3A Pine Rivers at North Lakes.

“It has been my honour and privilege to work with my team of absolute professionals in achieving excellent results in strategic planning and, most importantly, providing great support for our 35 member Associations,” Gail said.

“The past four years have been a mixture of wonderfulness and anxiety but we’ve come through together. When elected in 2018 there was much to do. The  committee had started on the draft of a Strategic Plan, which was completed over the next few months. It defined the course for action by the committee over the next three years.”

Presenting the Annual Report, Gail covered a number of areas of development that were the Network’s purvue in recent years including:

While COVID 19 brought the whole of Australia to a standstill for a while during 2020, our U3A committees and members showed themselves anxious to restart activities as soon as they were able. The Network committee assisted through sharing risk management strategies and COVID Safe plans for reopening.

“The Network Committee has been pleased during 2021/22 to develop resources such as the promotional brochure and a video designed to promote the U3A movement,” Gail said.

“In bidding you farewell I’d like to draw your attention to an opportunity being provided through a partnership between U3A Network Queensland, COTAQ and the NBN for members to measure and improve their digital skills.

“My thanks to every committee colleague with whom I’ve served. To you and to the president and members of the new committee I send my best wishes as you continue on your lifelong learning journey.”