The year is rocketing by and before long the 8 and 9 June, the dates of the U3A Network State conference, will have arrived. This year the conference is 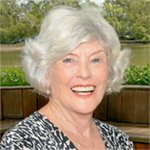 being hosted by U3A Pine Rivers and it promises to be a fantastic event. Those attending will be guaranteed a wonderful program delivered in the very comfortable surroundings of the North Lakes Hotel and Conference Centre.  To register go to https://u3aqldconference.org

All associations will have received a notice of meeting, nomination forms and the Position Descriptions for each of the positions up for election at the AGM. The U3A Network AGM will be held on the first day of the conference.  As part of the AGM there will be an election for the positions of President, Treasurer and two committee member positions.

During April, Voting Delegate forms will be distributed, along with other conference documentation. The U3A Network will provide a rebate of the conference fee for the person appointed as the voting delegate for each U3A represented at the conference.

This is your conference, AGM and Presidents Council meeting and the opportunity for your representative to have a say in the composition, role and direction of the Network Management Committee. The State Presidents Council meeting on the second day of the conference will be devoted to examining what Associations are seeking from the Network
I’m sad to say that many U3As have reported that their membership numbers are down compared to the same time last year.  For a number of associations this means that their member numbers have declined two years in a row.  The decline in numbers is very likely attributable to the pandemic and the vulnerability being felt by older persons. As Queensland U3As have a COVID Safe Plan, take hygiene precautions seriously and have a vaccination policy, they are probably one of the safer places to be at
It’s a time for promotion of the learning, health and social benefits of belonging to U3A. The brochure provided to all association in November last year can be used as a promotion tool.

I look forward to meeting old friends and making new ones at the 2022 conference. I hope that you’ll be one of them.