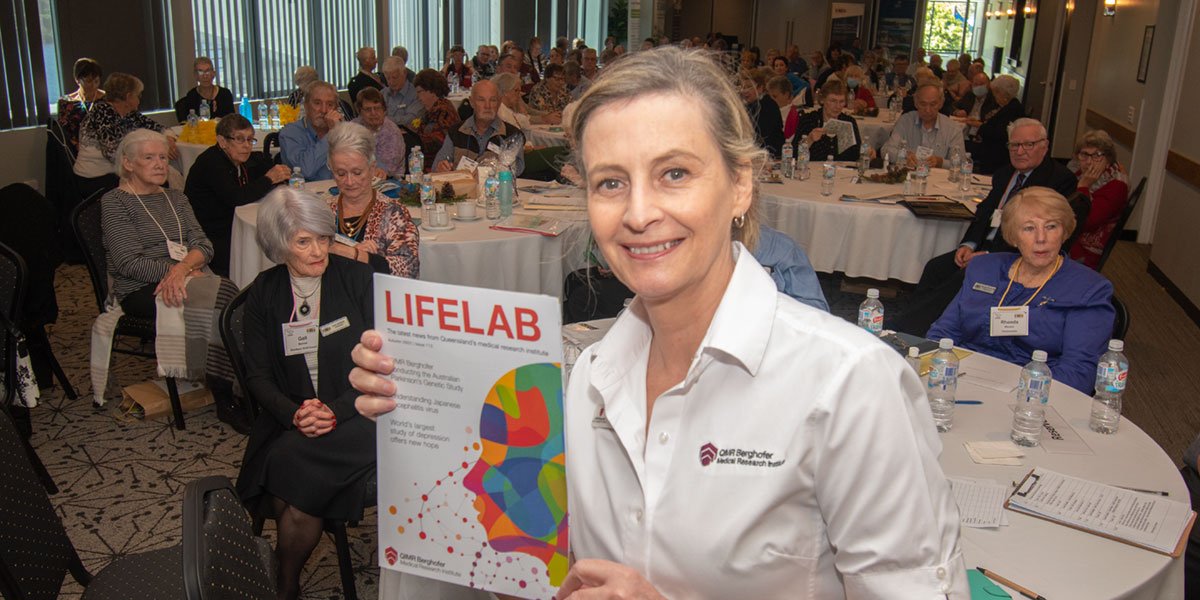 Clare opened her talk at the Conference recounting the establishment of QIMR Berghofer in 1945 as the Queensland Institute of Medical Research (QIMR) by Dr Edward Derrick, an early Director of the Queensland State Health Department Laboratory of Microbiology and Pathology.

It was largely Dr Derrick who specialised in Q fever, scrub typhus and leptospirosis persistence that the Queensland Government set up the Institute. It started with a staff of seven and occupied a temporary building, an ex-US Armed Forces hut in Victoria Park near the then Brisbane General Hospital. This temporary home lasted thirty years.

She then went on to talk about some of the fascinating research taking place at QIMR showing slides and some video. One of the research items she talked about was, “simple blood test to improve cancer treatment”. Cancer patients will be able to select and adapt their treatments based on a simple blood test that is being developed in partnership between QIMR Berghofer Medical Research Institute and Swiss start-up Biopsomic.

Clare Blake has over 25 years’ experience in both radio and television. Her work as talkback radio host on Macquarie’s Radio 4BC led Clare to an advocacy role for outback Queensland.

Clare is also an expert in media training for medical researchers. As a qualified teacher with a Sport Science major, Clare currently holds accreditation with Medicines Australia from The University of Queensland. At QIMR Berghofer, Clare finds the perfect combination of science and communication.

If you would like to read more about the work to improve treatments for cancer, go to their website QIMR Berghofer