Rockhampton announced as host for the 2023 U3A Network State Conference 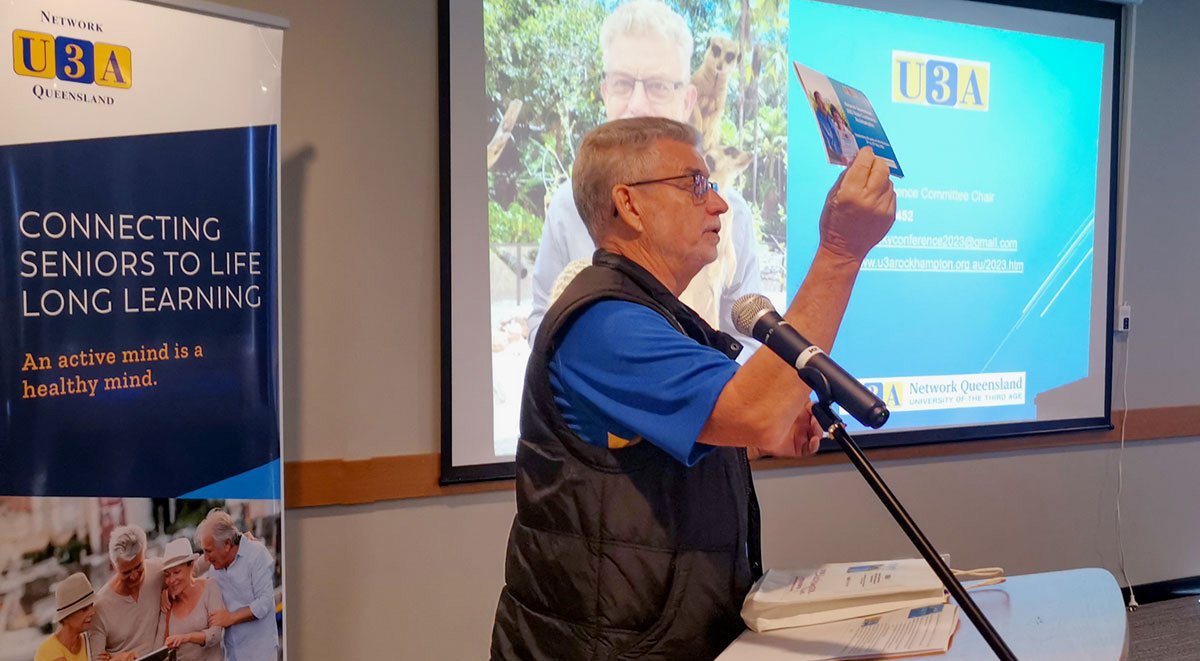 “U3A Yesterday, Today and Tomorrow”  is the theme for Rockhampton’s 2023 conference, and will have the honour of celebrating 50 years of U3A since its founding  in Toulouse, France. Henry Cope, Chair of the Conference Committee and his Rockhampton delegation, were excited to showcase what will be on offer at the 2023 conference with its international flavour as well as the highlights of Rockhampton itself.

Professor Vellas said of the 2023 Conference: “As President of AIUTA I would like to congratulate the wonderful

incentive of Queensland U3A Australia for organising in Rockhampton the very important event of the 50th anniversary of the University of the Third Age. AIUTA with 67 countries all over the world – from Africa, America, Europe, Asia, Oceania (Australia) – we support this important event.

Universities from all around the world will be aware of this event and a lot of Universities of the Third Age will come to Rockhampton to celebrate with Australia’s U3As the 50th anniversary of the University of the Third Age. I would like to say bon chance and merci.”

Professor Chester said: “Thank you for the invitation. As the secretary General of

AIUTA that takes in all the U3As around the world I will be attending your Annual Conference, that by the way is celebrating 50 years of U3A in the World. Worldwide, our movement is very healthy so we, Francios Vellas that is our President, we will be there with you and just a big thank you to my dear friend Rhonda Weston for inviting me and I know she is the mentor of Queensland Network so with Francios Vellas we will be there on 9th and 10th of May 2023 to just be with you celebrating our hard work. From AIUTA and from myself Maria Chester all the best and see you then. Thank you very much.”

Henry had a tip for a cheap way to get there, “Why not use your Seniors/Pensioners rail discount?”

Lead photo: Henry Cope, Chair of U3A Rockhampton’s Conference Committee, addresses delegates on what to expect in Rockhampton in 2023.